How to split a trophy? 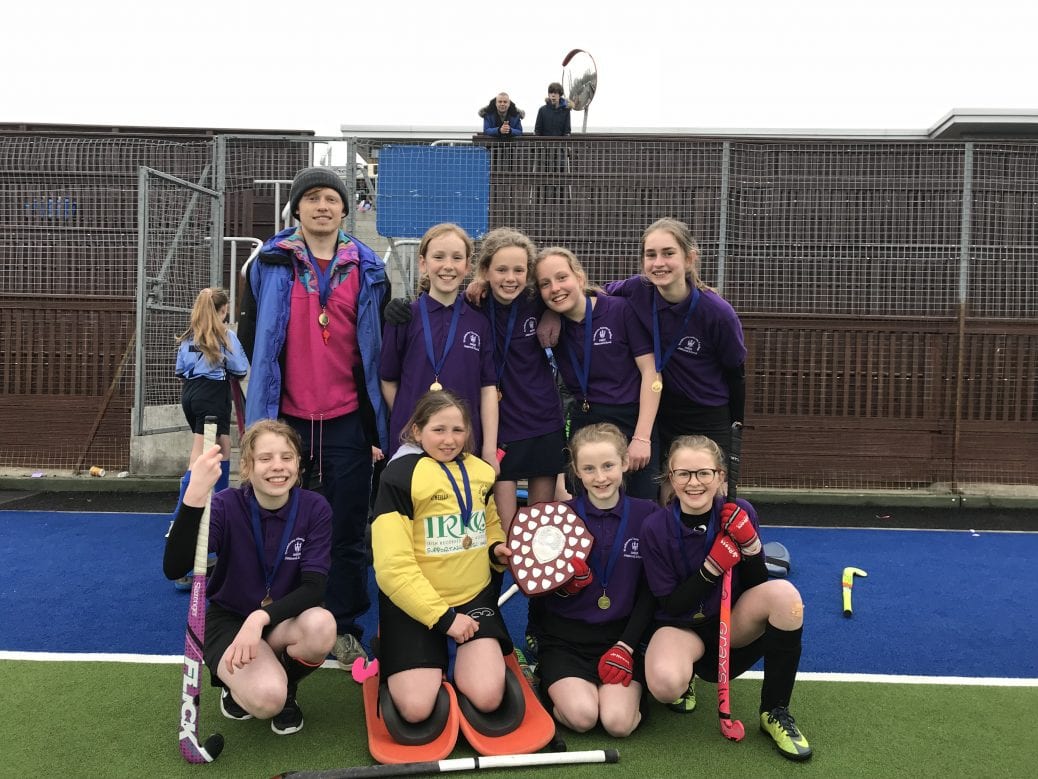 On Friday the 13th of April the team went to St. Gerard’s facilities in Bray consisting of Caoimhe (GK), Eva, Lainey, Lea (full backs), Dearbhla and Eve (half backs) and Amelie and Bethany as forwards. The girls got plenty of playtime and luckily went injury free as no subs were available.

There were six matches to contest in Group 3 in a competition seeing a total of 28 teams taking part. After a start of 1 win and 1 defeat it was plain sailing thereafter with no more goals conceded in the group stage, thanks to Caoimhe who kept the METNS goal clear for most of the afternoon! In the other matches we saw goals from Dearbhla, Amelie and Eve moving the team into the Runner-Up place to qualify for the Quarter Final. After two more wins in the Quarter and Semi-Finals we witness an exciting second Semi from the viewing area. Our opponents turned out to be Scoil Mhuire

Sandymount, the winners of Group 3 and the only team to have beaten METNS earlier on in the day.

METNS scored first, followed by a goal from Scoil Mhuire,  and the final was declared a draw.  There were cheers and smiles all around as 19 girls got ready to receive gold medals and share the trophy. It was lovely to hear the team captains call out their teams in turns until they were each decorated with their medal. But how exactly do you share a trophy? In good tradition both school names will be engraved on the plaque for 2018 and METNS get to keep the shield for the first 6 months before we pass it on to Sandymount.

We are proud of the girls who have developed into a really useful team and display amazing skills on and off the pitch. As a school community we are fortunate to have access to facilities and capable, enthusiastic coaches as well the support from parents and teachers to make this success happen.