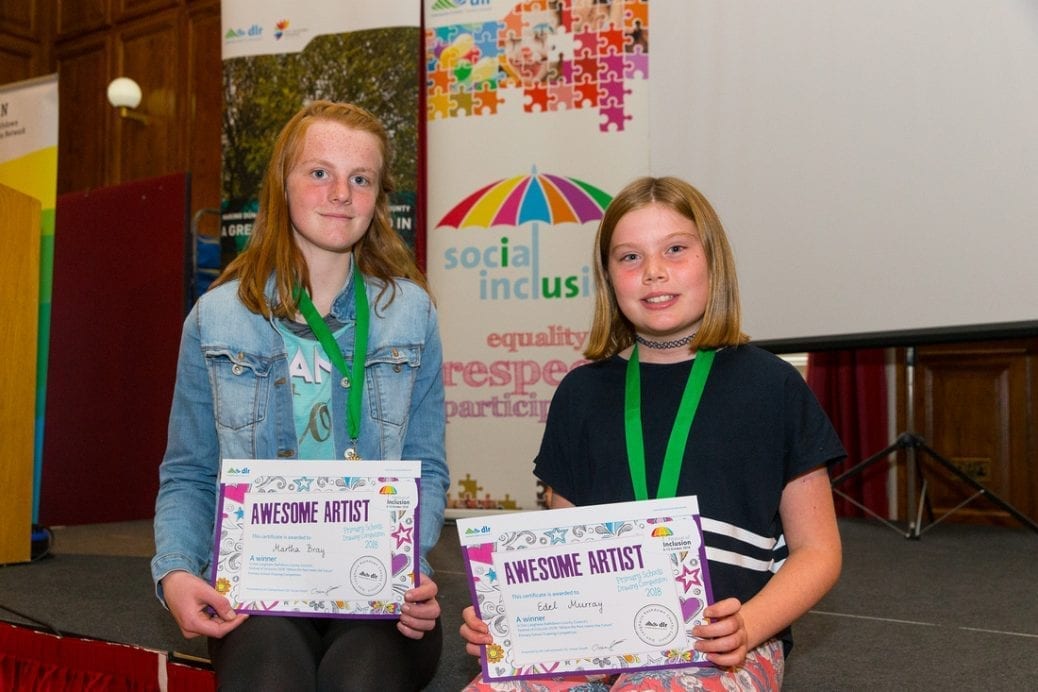 We are delighted to announce that the winners in the Primary Schools Drawing Competition 2018 as part of DLR’s Festival of Inclusion were:

Martha and Edel attended an awards ceremony on Monday, 8th October at 4pm in Assembly Hall, County Hall, Dún Laoghaire with their parents.

The exhibition is running from Mon 8th – Fri 12th October 9am-5pm where the entries of the drawing competition are being displayed.