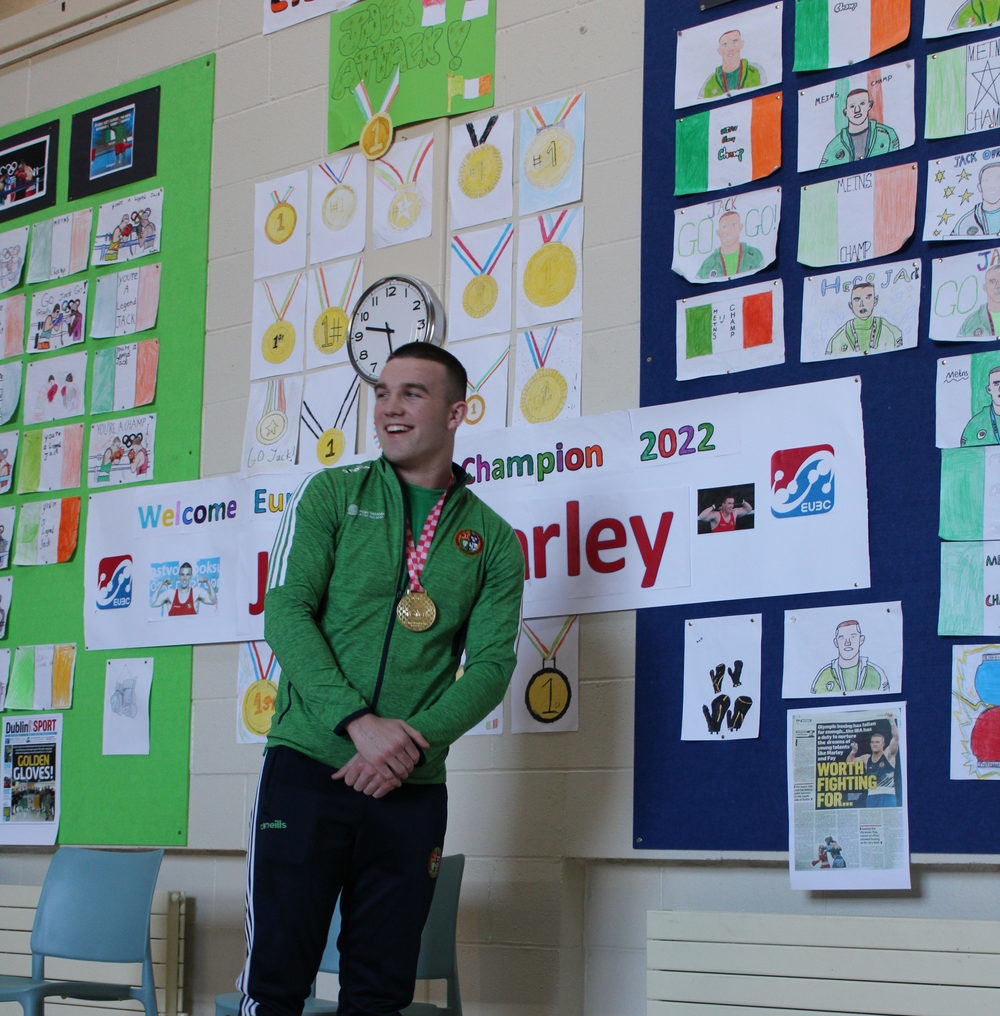 Jack Michael Marley, METNS student from the class of 2015, called in with his gold medal. Jack is the European Heavyweight U22 Boxing Champion.

NINETEEN-year-old Jack won his European U-22 boxing gold in Porec, Croatia. Jack fought the Italian Roberto Lizzi in a one-sided final as he swept to a unanimous points victory.

Jack brought in his medal and did a questions & answers session with the kids and caught up with some of his old teachers.

Some photos from Jack's visit